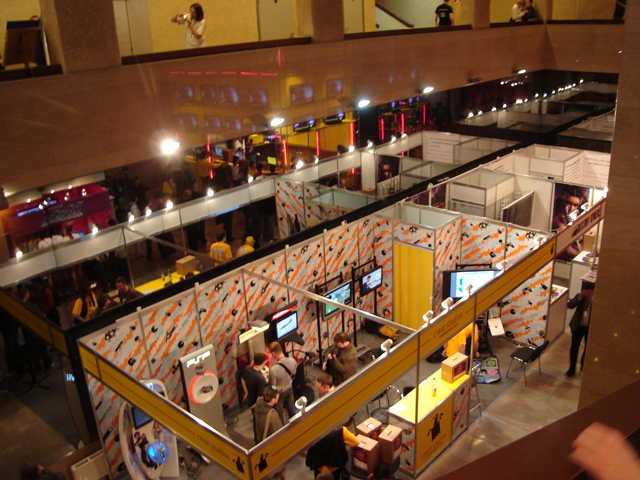 Posted on Posted on 24th April 200829th November 2019 by frictionalgames in News, Penumbra

Originally posted by Jens.
Some links in this article have expired and have been removed.

We have had our hands full for the last couple of weeks and many things have been going on. So lets get right to it and report about it all!

Last week an expansion to Penumbra: Black Plague was announced dubbed Penumbra: Requiem. This short but sweet expansion will give the players some final gritty details on the Penumbra story as well as a concentrated batch of puzzle solving. We are currently working away on the expansion and as we get further into development more details will be released, at the moment a July 2008 release date is the goal.

At the end of last week Thomas and I went to Russia to visit the KRI event in Moscow, a developers conference where we were invited to talk about how we do things and how the production of Penumbra: Black Plague went about. To read all about it and to see some pretty pictures – check this forum thread!

This week we released the Penumbra: Black Plague demos for Mac OS X & Linux, you can get them at the demo site. The full version will come soon so check back for updates, hopefully next week. We have also released Mac & Linux updated demos for Penumbra: Overture that fixes and improves the game, most noticeably the problems with ATI HD cards. The updates for the full version of Penumbra: Overture should hopefully be released next week.

For those out there with a Novint Falcon, Penumbra: Black Plague HaptX edition is coming on the 28th of May. The HaptX editon will include a ton of nifty cool features especially for the Falcon, you can for example squeeze soft object like the bloody guts of monsters! Yuck!

Eager to read more reviews about Penumbra: Black Plague? You can find some at DieHardGameFan, Adventure Corner, Adventure EU, Adventure Classic Gaming, Eurogamer and many other places. There is also a review and an interview over at Adventure Island.