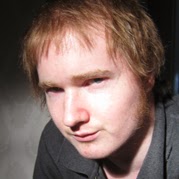 Posted on Posted on 24th January 201417th December 2019 by frictionalgames in Blog, People of Frictional

Hello! My name Rasmus Gunnarsson and I started working for Frictional Games as a freelance artist back in 2010 to help out with the final stages of Amnesia’s development. Later, I became an intern, and that landed me full-time employment as a concept artist / 3D artist / level artist / whatever’s needed artist.

I’ve always drawn a lot since I was a child. I never took it that seriously, which is something I regret, but then again perhaps if I had I wouldn’t have spent most of my free time playing games. I used to buy those magazines that came with demo disks, and then use all my savings to either get a cool game from the budget bin or save it up for a larger release. I played everything from Megaman to Silent Hill to Counter Strike to Fallout to Starcraft to Monkey Island.

The time comes when you look at your life and where you are going; soon you’ll be out of school and in need of a job. I asked myself what I wanted to do. If I was going to have to work for most of my life, I’d love it to be something that I cared about and enjoyed. This started a long and hard journey to where I am today.

I started out with all the resources I could find on the internet and practised all day instead of just playing – I was drawing, painting, reading tutorials and watching educational materials. When I did play games or watch movies, I tried to be more observant of things art-related. But just working on my own wasn’t really going to cut it; even when you improve with lots of practice, you won’t have any real practical tests of your skill and it’s easy to fall into patterns that feel comfortable.

I enrolled in a school for Industrial Design in my home town. I’d read that many successful concept artists had started out there, and it was the best way I could find of getting practical experience – or so I thought at the time. It turned out that it wasn’t a good idea at all. All it offered were some practical opportunities for that specific field, and no real meaty general design courses regarding aesthetics and so on –  we were left to figure that out on our own. As I was already doing that myself, I just quit, and looked for a course that might give me a chance for real practical experience.

This search took me to The Game Assembly, a school with close links to the games industry. So not only were there many more practical opportunities to be had, but there was also a chance to meet people in the industry. I didn’t expect to be spoon-fed anything and still focused on the work and practice I did on my own.

I got to work on many small games during the course, but the big turning point was when I just got lucky. One of the guys I befriended happened to be doing ex for Frictional. Due to the busy schedule at the school, he had trouble keeping up with everything he needed to do and asked me to help out. While I was quite busy myself, I wouldn’t pass up on this opportunity.

When I started working on Amnesia I had no idea what Frictional had done in the past, so of course I decided to check it out. After playing Penumbra, I realised quite how good Frictional were, and felt under pressure to perform well. I really enjoyed Penumbra and thought it did a lot of new things with old gaming ideas that I loved in a way that got me really excited. During school I hadn’t wanted to end up working on AAA games as I felt they didn’t manage to create new things that could rival many of the old great classic games. But after playing Penumbra I knew that I’d do anything to keep working with Frictional.

After completing the freelance work for Amnesia I got an internship at Frictional where I, among other things, worked on the Justine expansion. After the internship I got full employment.

I create concept art and sketches for objects and environments. I also create 3D models and work on levels like a normal 3D artist when that takes a higher priority.

Sometimes an area might need a redesign, and doing a paintover is the quickest way of evaluating what needs to be changed and to set a clear goal; at other times we might need to fix a bunch of objects both technically and aesthetically.

I really love being able to have a finger in everything, making sure that the concepts are translated correctly, and then having the freedom to explore and tweak things, making every area or object as good as it can be instead of simply contributing art and hoping that it becomes something good in the end.

I use Photoshop and a Wacom for drawing and Modo for creating 3D assets.

My normal workflow is to interpret the initial design doc by Thomas (the Lead Designer), using his description and simple layout to try and capture the right mood and give the artists building the level something to go on.

Above is an example from the teaser video we recently released. We chose “hero shots” of the environment where there is something special going on, so you get the most mileage out of a single sketch.

Another thing that happens in the process of designing an area is that the initial sketches tend to act as a visual playtest. Something that might’ve been problematic to communicate visually can easily slip through when you are only designing something in your head or on paper. In the end, nothing is final and will always evolve in each stage it goes through.