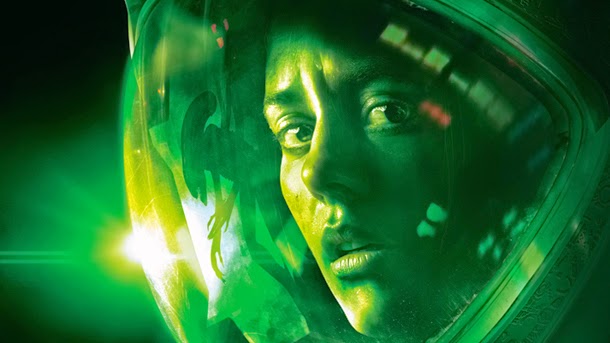 So I recently saw this reaction video to Alien Isolation and I thought it showcased a few interesting problems with horror games. These are not issues that are specific to this game, but that plague horror games in general. We’ve had these problems in all of our games and are currently trying avoid them as much as possible in our upcoming game, SOMA. So I’m not trying to take a shot at Alien Isolation here (I’m looking forward to playing it!) but the video demonstrated these issues so clearly that it’s worth focusing on it for this article. That said, let’s move on to the two hardest problems in horror.

If you watch the video you can see that the players aren’t being freaked out of their minds when they die. They’re laughing, and feeling relief. And the death sequence is non-interactive, which further enhances this sense of sitting back and becoming a spectator. You can clearly see the effect here, where there’s a stark difference in emotion compared to the fear that was expressed earlier.  So when a death occurs, the situation has lost its sense of fear and the unknown. The player now knows what they’re up against. It’s gone from tense terror to “I need to beat this gameplay section”.

We saw this in Penumbra Overture, where the player’s experience of a chase sequence depended on the number of attempts. And what’s important to note is that even if the first one or two attempts are exciting, the frustration that ensues from repeated attempts will spoil those initial memories and the sequence as a whole. Of course, there are only a certain percentage of players that will have this bad experience, and if that number’s low enough it might not be such a big issue. But if your game is based around this kind of experience, like Alien Isolation and many other horror games are, then it becomes a much bigger problem. The game is under constant danger of losing its basic tension, the most fundamental ingredient of engagement that a lot of the game depends on.

What’s the solution for this, then? The only proper solution is to make sure that death is postponed. Outlast has a monster that throws you to one side, giving you a chance to run off, a mechanic that works well in its story. Daylight has damage build up on the screen, which gives you time to escape. Both of these are great ways of extending the terror. Some kind of death must happen sooner or later, though, or the player will quickly realize that the monster is harmless – and that’s no good at all. When death occurs I think it’s important to remove this sense of repetition. For instance, in Amnesia we changed the map a bit after each death (which in some cases led to additional scares).

It might also be interesting to look into ‘a fate worse than death’, a subject that’s perhaps too big to cover here (check here for some examples in various media). This is something we’re trying out for SOMA right now. The basic idea is that “death” is not final but takes the player closer and closer to a very disturbing state of being.

I think the crucial point here though is to think outside the mechanics and to trust the player to be immersed in the fiction. From an abstract point of view of the game, there are only three options really: repeating, branching or skipping a section. Whichever is chosen the important thing is to keep the player in the right mindset and let their immersion do the bulk of the work.

If you don’t have weapons in your horror game – which, for many reasons, should be the case (for those needing arguments see this talk) – then you need to have some form of avoidance. This in turn leads to longer periods where the player’s forced to pay attention to the danger, i.e. looking straight at it. This means that the player gets used to the monster,  figuring out details and their mental picture of the beast breaks down into the prosaic reality of the implementation. In the worst case, the player will start noticing AI glitches and animation issues. The possibility space for the danger is reduced and it becomes obvious to the player that the monster is just a puppet.

This is a serious problem. It’s well known that the most effective horrors are the unseen ones. This is obvious in the most successful horror books and films. If games want to achieve good horror, they need to keep this in mind and be careful when and how the monster is seen. Having said that, I think that games have a bit more leeway, because players are not just passive observers but are also engaged in an activity and responsible for the outcome, and therefore prone to take the monster more seriously.

Which brings us to the first problem: showing the monster in a cutscene (as Alien: Isolation can be seen doing here). I can understand the reason for doing this, to be certain that the players “get it”. But this is a major dent in the creature’s effective level of horror. You leave the player passive, and free to notice tons of detail about the monster in a much more relaxed way than if they were the ones in control. It also means that you’re missing out on making one of the most potent horror moments interactive. The reveal of the monster is almost always a high point in a horror story; it’s such a waste to let it be a non-interactive part of the game. Actually, they’ve already had a good reveal moment here, which I feel could have been used better. This one also perfectly nails the proper alien look: a swirling mass of Giger-esque limbs and claws.

The problems deepens as the game progress. Here is a good example of this. Just imagine what sort of AI quirks and animation issues might pop up when you are under a desk and the alien is a few meters away in a tight space. On top of that, the player is getting a really good look at the creature, just throwing away any chance of the player having their own subjective mental image of the beast.

This is really hard to solve. Outlast has a good solution where they use the night vision mode on the camera to blur out the monster features and add creepy glowing  eyes. It doesn’t work for the entire game, of course, but it makes it possible to have more glimpses of the monster without lessening the scare factor. In Amnesia we had the player’s vision blur when a monster was in sight, something that worked pretty well. Or an even more successful monster was the water lurker, that just gave away its position with splashes in the water.

The best solution is really simple, though; keep monster encounters down to a minimum. I think the first basic problem is to rely on “monster hunts player” as a core gameplay foundation in the first place. This also exposes another big problem in horror games. If the monster hunting you is not what makes up the majority of the playing time then what does? This is an even harder nut to crack than the problems presented in this article.

In SOMA we try and solve this with a couple of tricks. First, all of the monsters are connected to the narrative; the more you figure out about them, the more you understand of the story. Therefore simply just looking for signs of monsters becomes a more interesting activity (compared to a game where the monster itself is not that interesting story-wise), and we can make do with fewer encounters. The inspiration from this comes from the SCP Foundation wiki, a collaborative database for weird artifacts, where many of the really spooky entries are just a collection of vague clues about a creature. Second, we keep the types of monsters fresh and varied throughout the game (which should fix one of the bigger issues in Amnesia: TDD). Finally, all of the monsters are connected to a sort of “worse than death” mechanic, to give the feeling that the encounters are more disturbing than simply “I will get a death screen if it catches me”.

Again, I want to make it really clear that these problems are not specific to Alien: Isolation. These are things that just about every horror game struggle with, including our previous efforts and our upcoming Soma. Alien: Isolation is looking good and I’m excited to play it once it comes out. But that doesn’t mean that it’s not worthwhile looking closely at it and discussing any problems that might arise. Also, I felt the reaction video was great a springboard for the topics covered in this post. For me as a developer these sort of discussions are crucial, and whenever I see footage of a new horror game, I try to analyze what things might and might not work in it.

Finally, it’s really fun to see this kind of game being made by a large studio. I wouldn’t have imagined that happening a couple of years ago. No weapons, few monsters etc. are features not very common in a high budget game. Hopefully Alien Isolation will do well enough for us to see more of this!