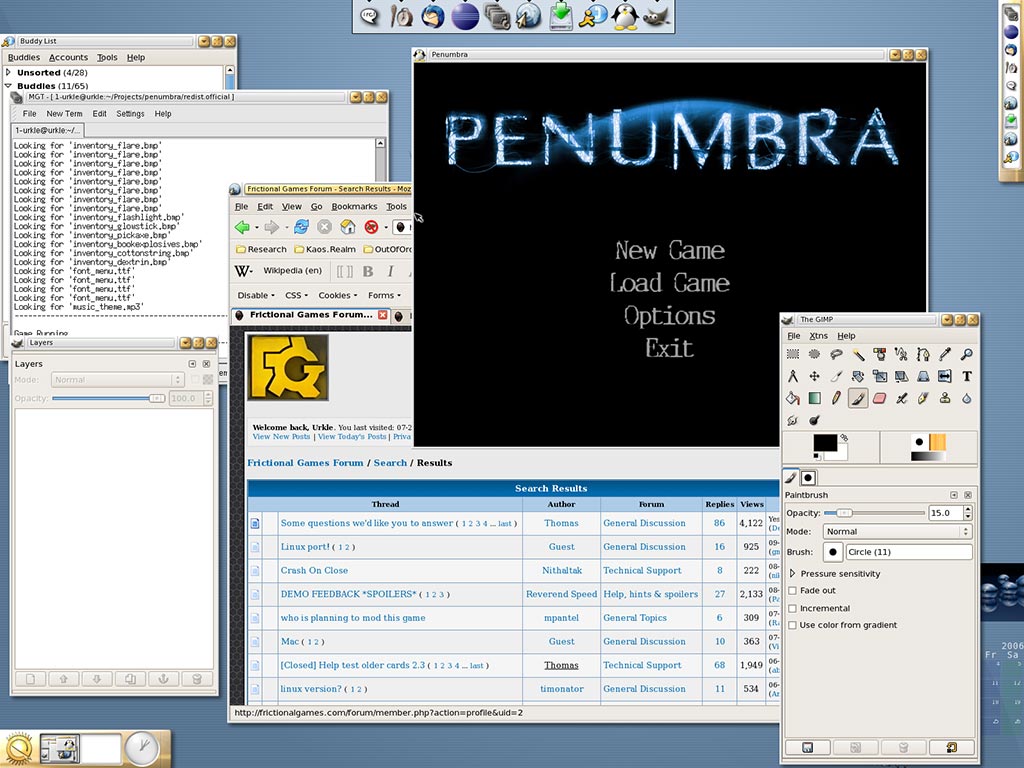 Posted on Posted on 22nd September 200629th November 2019 by frictionalgames in News, Penumbra

For all those craving to take a closer look at the inner workings of Penumbras engine, HPL, there is now a new blog post.

This particular blog post takes a listen to how the audio works for the physics engine. It’s something we spent quite some time developing and it’s also a feature not really well-developed in many physics powered games.

We also have two new reviews to report about, one over at Christ Centred Game Reviews and the other at the popular independent site GameTunnel.

Last but not least… We are very happy to be able to show some of the great work done by our associate Edward. Who is Edward you say? It’s the fellow doing the ports to Linux and OSX!

We’ll let the following two screens speak for themselves, rest assured OS X is not far behind.