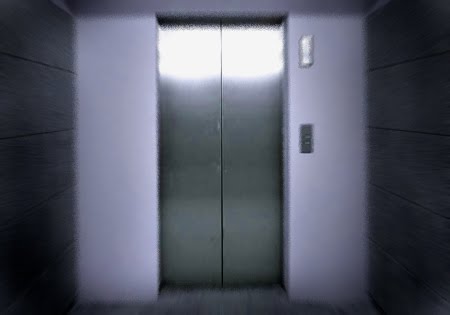 Links in this article have expired and have been removed.

This is a pretty unknown short film from the guy that made Cube (one of my favorite horror movies) and it has a lot in common with that movie. Both films are based on a fear of the unknown, have tense psychological drama and feature a very limited set.

The entire film takes place in an elevator where two people are confronted with a blood-soaked man claiming there is a monster in the building. From there things go from bad to worse as the people start to distrust each other.

I liked Elevated a lot and it is a shame that there are not more films like it available. Especially in this age of spectacular effects it is refreshing to see movies that let the viewer use her own imagination!