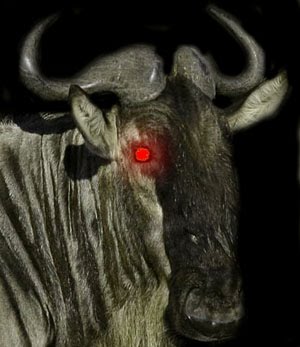 It has been in our minds for quite some time and now finally it has become reality: Penumbra:Overture and the HPL1 Engine are now open source! In case that is all you need to know, then head straight to: http://GitHhub.com/FrictionalGames to get your hands on it!

First of all I would like to stress the fact that this open source release does not make Penumbra: Overture free in anyway. All assets (except a few that are part of the engine) are still under the same copyright as before. The thing that is free is the source code for the executable which is now released under the GPL version 3 licence.

The code for Penumbra: Overture is a continuation of the one used for the tech demo + some addition for the not so long lived Robo Hatch project. It also contains some code from Unbirth, giving it quite some history. This history means that the code is far from clean and as expected quite hackish in places. That said, it should have a few interesting bits, the major probably being the physical interaction system. This system is not the latest version in the Penumbra series and misses something like rotation. These features should be fairly easily to add though.

It is also important to note that Penumbra: Oveture source will not run Black Plague or Requiem. AI for the infected, GUI elements, etc are all missing, but all needed to implement them is present in the engine code (in case anybody is up for the challenge).

For my part, the biggest part of this release is the engine itself. This is engine that has powered all of the Penumbra games and it even includes the stuff used to create the 2D platformer Energetic. The engine code was started in December 2004 and was actively developed until early 2008. After that only smaller fixes where made to it.

The transition from 2D to 3D and the fact that it was my first stab at a full 3D engine, makes the code quite patchy (and downright horrible) in places. This is especially true for some old and low level parts like the sound and input handlers which have evolved anything but gracefully. Later parts are often cleaner and nicer, but the code is not without its share of quick-and-dirty-hacks.

When it comes to interesting features, I think the following are the most prominent:

The engine contains tons of more stuff (almost 100k lines of code), but these are the most interesting stuff I could think of right now. I am sure there is more for awaiting to those brave enough to explore its dark depths!

Finally, it is also worth noting that this is the latest and final version of the HPL1 engine. It is the beast that powers all games of the Penumbra series.

This library is made almost entirely by our tool programmer Luis, who actually started out doing work for us on the OpenAL sound implementation. This library is simple and easy way of accessing the OpenAL functionality and was made since there is a strange lack of free sound libraries. This is also the only part of the open source release that we will continue to update and we hope that others will find it useful and contribute themselves!

As we are a small company and already swamped with work, do not expect us to do full time support on this. We will try and help as much as possible, but we also hope that a community will form helping each other out.

For more discussion on the source code please go here:

This is the place to go for more technical information and please ask any lengthy / technical question there instead this blog.

I must also stress that I am not very experience managing an Open Source project and most work in making it happen is due to Edward Rudd, who is also responsible for the Linux and Mac ports of Penumbra. So big thanks to him!

We are extremely interested in seeing what people will be able to do with this! Open source releases of other games have spawned very exciting stuff and we hope this release will do that too. This means we are very interested in what people are doing with it. So whether you plan to do a full blown mod, or just check the code for learning purposes be sure to tell us about it!