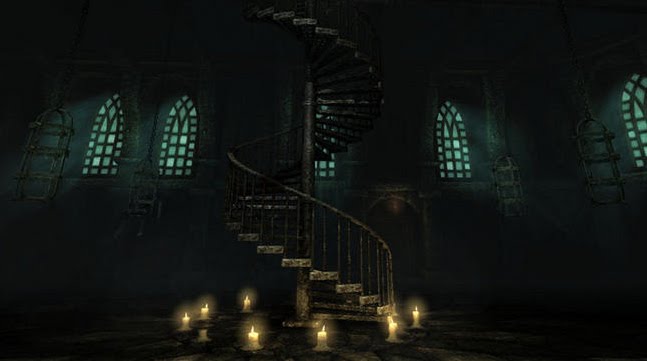 Frictional Games have now officially existed for almost exactly four years (4 years and 7 days to be exact), Amnesia: The Dark Descent is our fourth game and it is now four month since we released it. Because of this we thought it was time for another round-up of sales and other stuff that has happened.

Those who have read our two previous reports might have noticed a small trend of the later being a little bit more positive than the earlier. This post will not be an exception and we can happily announce that things are looking better than ever for us. Summarizing all sales since release actually puts us in a state that we never imagined being in.

Let’s start with what I guess people are most interested in – sales. When counting all online sales as well a the Russian retail copies, we have now sold almost 200, 000 units! This is a tremendous amount and more than we ever thought we would. Our “dream estimates” before release was something around 100k, and to be able to double that feels insane.

Note that more than half of these units have been sold at a discounted price (with as much has 75% of the price off), so the total earnings are not as much as it first sounds. Still, we are in incredible good financial situation right now. Also, the daily sales are still quite high and the average has not dropped below 200 units yet. This means that we can still pay all daily costs from these sales alone, allowing us to invest the other earnings into the future (for outsourcing, PR, etc). It also gives us a healthy buffer and allow us to manage any unexpected happenings the future might hold.

With these figures at hand, we must confess that it gives us new confidence for the PC. The sales that we have had (and are having) are more than enough to motivate developing a game with the PC as the main (and even only) platform. Based on what we have seen, the online PC market is just getting bigger and bigger, and we are convinced we are far from the end of this growth. We think that other developers that consider making their game exclusive to a console might want to think again.

However, our sales have not been typical and it is safe to say that we have earned more than most other indie PC games. We have been extremely lucky with our media coverage and gotten tons of free PR (more on this later), something that has greatly influenced our sales compared to other titles. As proof of this, in the Steam sales charts we have been among the top three games for Adventure and Indie categories almost the entire time since release, often quickly above many of the games that were released after ours. With this we do not seek to discourage others from creating PC games, we are just saying that 200k units is not something that should be expected after 4 months of sales of an indie game. The market does continue to grow though, and it might not be long before these kinds of numbers are considered perfectly normal.

There is another really important thing that needs to be taken into account: If we have had a publisher and sold according to current figures, we would not be in the state that we are in now. More likely, we would now be something more like our first sales summary post. We would probably just have paid back our advance, and just recently been receiving royalties (at a much lower rate, like 25% of what we get now). This means that we would probably be looking for a new publishing deal at this point instead of having the freedom we now have. This does not mean that publishers are evil, just that one should think carefully before signing up for anything. Releasing a game without any financial backing or help with marketing is quite a struggle, but if you pull it off it is well worth the effort!

While we tried to make as much noise as possible at the release of the game, our marketing efforts have been far from big. Our main tactics have been to spread movie clips from the game, releasing a playable demo and to send out review copies. We think that most of this paid off as much as we could have hoped for, with great responses to trailers, players liking the demo and awesome reviews. However, plenty of PR came from a quite unexpected source, namely from user generated content.

An idea that we threw around before release was to have some kind of audience reaction footage, like Rec and Paranormal activity trailers have had. Having too much to do, we just left the idea lying and never did anything about it. However, shortly after the release of Amnesia players made their own videos with exactly this content! The extent that these have spread is quite amazing, one video having 775k views at the time for writing. That is almost a million views! And without any cats!

As we have now entered a new year, there have of course been a lot of awards. What is extra exciting about that is that we actually have been gotten a few! Just recently we got three nominations for Independent Games Festival, something that we are very thrilled about. Yahtzee of Zero Punctuation fame was kind enough to name Amnesia his forth best game of the year. Elder Geek awarded us PC Game of the year which was quite unexpected. IGN is currently nominating us for best horror game of the year and also awarded us best horror and coolest atmosphere for PC. Plenty of other awards have been given too and we are extremely happy about this kind of response!

How has these awards and nominations been us PR wise? Unfortunately it is a bit hard to say as all were announced during the Christmas sales, a time when sales where much higher than usual. Now when it is over, we do see around a 75% increase in daily sales compared to before the Christmas sale started. We think the awards and nominations are part of this increase, but the increase in new players during the holidays have probably also helped spreading the word and boost the sales.

What we can tell though, is that the awards and nominations gotten us more attention from the media. Especially after the IGF nomination we have gotten a lot of mails regarding interviews, review requests and similar. So even if these kind of things are not crucial for current sales, they can prove very important for the future of our company.

So obviously Amnesia has been a huge success for us at Frictional Games, but what does it mean for us as a company? First of all, we are now completely financially stable and have enough money to complete our next game without any problems. It also means that for the first time in our lives we can actually get decent salaries, something that I personally would never thought would be possible. This means that Frictional Games is no longer a struggling endeavor that we will continue until our energy runs out. Instead Frictional Games has now become a proper career, income provider and something we hope to continue for a long time forward. Compared to how we felt just a few months ago, often considering getting “proper jobs”, this is quite a wonderful change!

Our financial situation also means that we are able to take some amount of risk. While we of course do not aim to go crazy, it means that we can try out new things without risk of going bankrupt. It also means that we might have means to release a new game more frequently than every other or third year. We have some ideas on how to approach this, and are actually in the process of trying some things out.

As for our plans to focus on consoles, as hinted above, this is something we are reconsidering. If online sales figures continue like they have with Amnesia, there is actually not any reason for us to release to anything but PC. Still, it would be foolish not to try consoles out and our current idea is to work together with a third party to do a port. This would mean that we can still can keep a small staff and not risk growing beyond our capabilities.

We are also hard at work with our new game which we are extremely excited about. While we still do not want to disclose to much, our goal is to take “experience based gameplay” to another level. We aim to use the emotions that Amnesia was able to provoke and to focus them in a different direction, which will hopefully give delightfully disturbing results.

Finally, a big thanks to everybody who have supported us over the years, played our game, spread the word, made crazy videos, etc. We hope you all will continue to support is into the future!