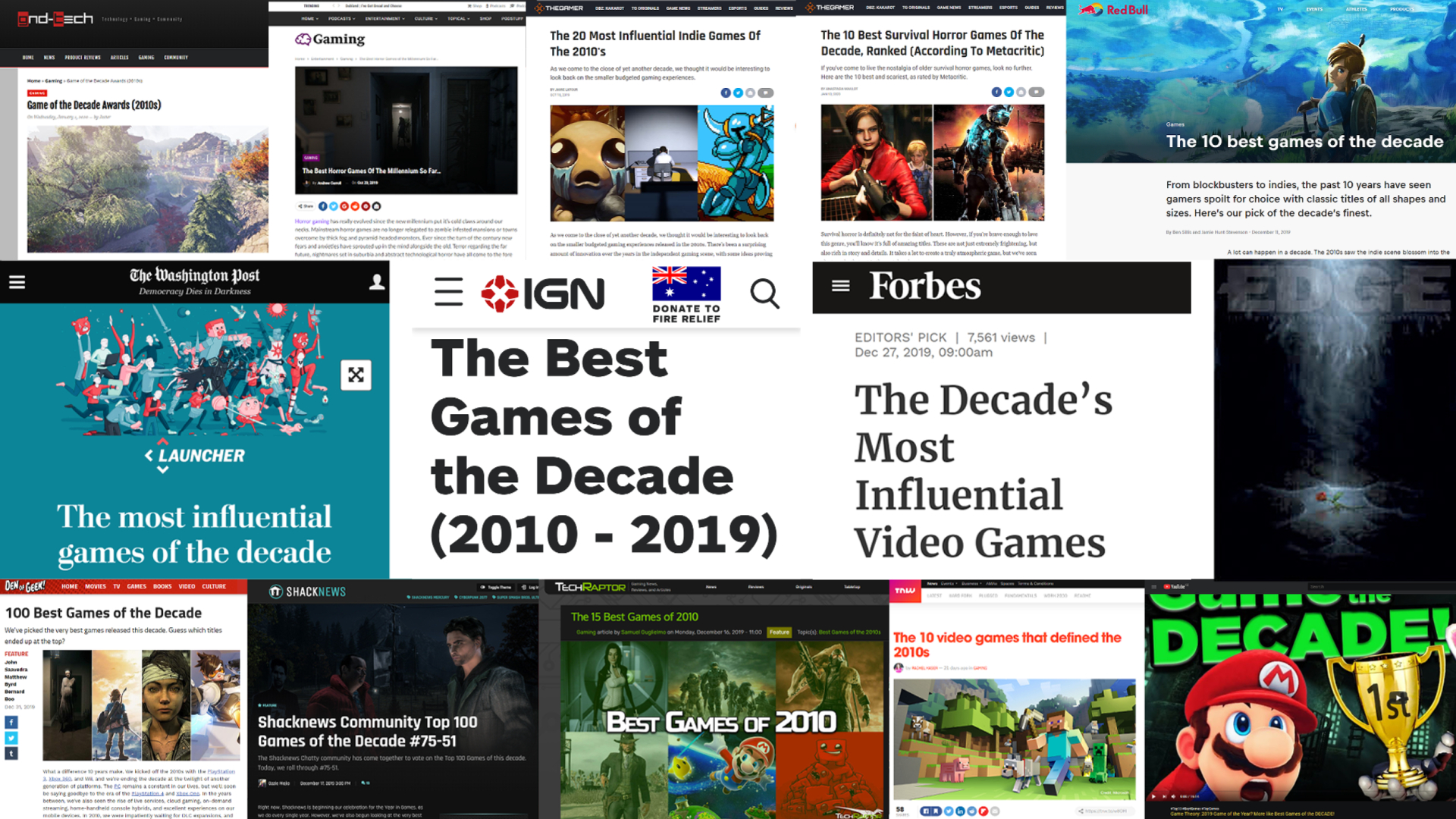 “Early on, we had decided that if [Amnesia] did not sell 24,000 units during the first two months we would close down Frictional Games. Anything less and we would not have enough funds to properly sustain the company.“

At the beginning of 2010, Frictional Games was five guys who had made a mildly successful game, working off quickly dwindling resources.

At the end of the decade, Frictional Games had grown to be 25 people across two projects, supported by steady income from a cult hit and an indie darling.

There was no way to predict the combination of hard work, luck, and meta trends surrounding Amnesia that would help us sell, well, way more than 24,000 units, and put Frictional on the map of reputable game developers. Aside from being a financial success, Amnesia has reportedly been influential on the gaming industry at large, from affecting the horror genre to helping kickstart the Let’s Play scene (with no small thanks to the modding community and their numerous contributions of custom story content).

The success of Amnesia: The Dark Descent let us further develop our craft in SOMA. Though not as financially successful, it has found its niche among the gaming community.

We are mostly from Northern Europe, so it’s not our style to toot our own horn. But finding our games on lists wrapping up the decade with “best” or “most influential” in the title has been exciting, considering the thousands of games released over the past 10 years. It’s the best kind of inspiration to push us to do better.

So we will toot our horn a little bit, with a small list of lists covering the past decade that one of our games made it on. We would like to thank every publication that has found our games worthy of being featured, regardless of ranking. And sorry for non-English publications for not finding you – if there are articles out there in other languages, do link them in the comments!

As a fun coincidence, if not ranked, Amnesia: The Dark Descent opens a lot of these lists. There’s upsides to releasing in the first year of the decade and starting your game’s name with the first letter of the alphabet!

At the top of our list of lists is GND-Tech, who graced us with three wins and three nominations – a whooping six mentions total! There’s SOMA for best sound effects with Amnesia: A Machine for Pigs as a nominee. There’s Best Story, Writing Quality for SOMA. Again SOMA as the Best Horror game, with Amnesia: The Dark Descent as a nominee, as well as SOMA as a nominee for Dark Horse. Soma-one at GND-Tech sure loved SOMA!

Sadly we didn’t get awards for Best Racing Game or Best Multiplayer Shooter, but we’ll count our losses.

The others are listed in no particular order.

The Decade’s Most Influential Video Games
Amnesia: The Dark Descent

Of course the Big Business Journal acknowledging us would make top news, are you kidding me?

Games of the Decade
Amnesia: The Dark Descent

Amnesia was featured in the print version of Edge as one of the 12 games of the decade, earning it a place as one of the collectors’ covers. You can read about the covers on their sister site GamesRadar+.

The 20 Most Influential Indie Games Of The 2010’s
Amnesia: The Dark Descent

We see all the articles you write about us, The Gamer! Appreciate it.

The 10 Best Survival Horror Games Of The Decade, Ranked (According To Metacritic)
SOMA at #9 and Amnesia: The Dark Descent at #7/10.

The most influential games of the decade
Amnesia: The Dark Descent

The Washington Post had one of the funniest interpretations of Daniel we’ve ever seen. The illustration by Senne Trip.

10 Best Games of the Decade
SOMA

This really gave us wings.

The Best Horror Games Of The Millennium So Far…
Amnesia: The Dark Descent

Ten Most Influential Games of the Past Decade
Amnesia: The Dark Descent

The 10 video games that defined the 2010s
Amnesia: The Dark Descent

Game Theory: 2019 Game of the Year? More like Best Games of the DECADE!
Amnesia: The Dark Descent

Thanks to every outlet once more, and congratulations to all other favourites out there! And here’s to another exciting decade of gaming.