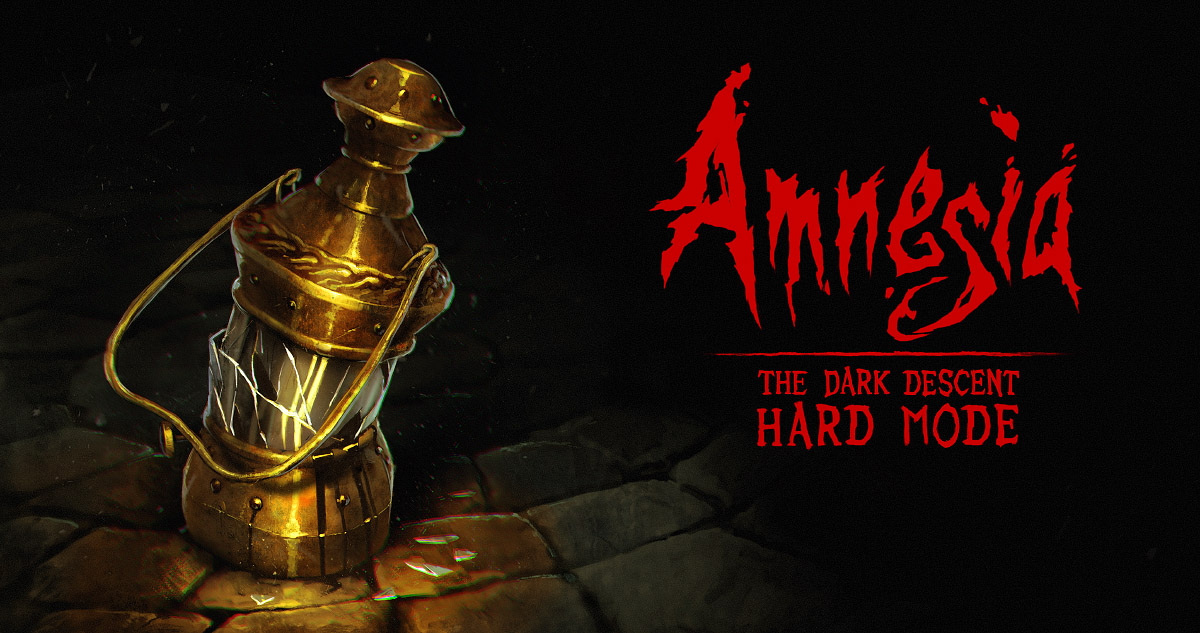 A year ago we brought SOMA to the Xbox One, and along with it the Safe Mode. The optional mode removed the hostility of enemies and let players explore Pathos-II in relative peace. Most  players were pleased with it, and at best it meant that players that hadn’t dared to traverse the Atlantic ocean floor before now had a chance to experience it.

Now finally releasing the Amnesia: Collection on Xbox One, and decided to also spice it up with a little treat. We bring you the polar opposite of the Safe Mode: the Hard Mode!

Amnesia: Collection will be released on Xbox One on the 28th of September, after which the mode will be available on Xbox and PC.

What is the Hard Mode?

It is really just as the title suggests: a mode that makes it harder to beat the game. You know, in case The Dark Descent wasn’t stressful enough for you.

The Hard Mode has the following features:

So in summary: the environments are harsher, the monsters more unforgiving, insanity is deadly, and death is final – unless you pay a toll.

You can pick between normal mode and Hard Mode when starting a new game of Amnesia: The Dark Descent. The mode changes some fundamental elements of the game, and therefore can’t be changed halfway through.

A Machine for Pigs and Justine do not feature this mode.

How does this affect achievements/trophies?

Beating the game on Hard Mode will earn you a new trophy called Masochist. Because, you know, you pretty much have to be one to complete the mode.

The mode affects the Illuminatus achievement, which you can’t get during playing in Hard Mode as it reduces the amount of tinderboxes throughout the level.

Will it be on all platforms?

Yes! The Hard Mode will launch on Xbox and PC versions (Steam, GOG, Humble Bundle) simultaneously. We have started working on the PS4 version with our porting partner, and hope to have it out soon.

Want a Hard Mode wallpaper? Download a 4K version with and without the logo on our public Drive folder.