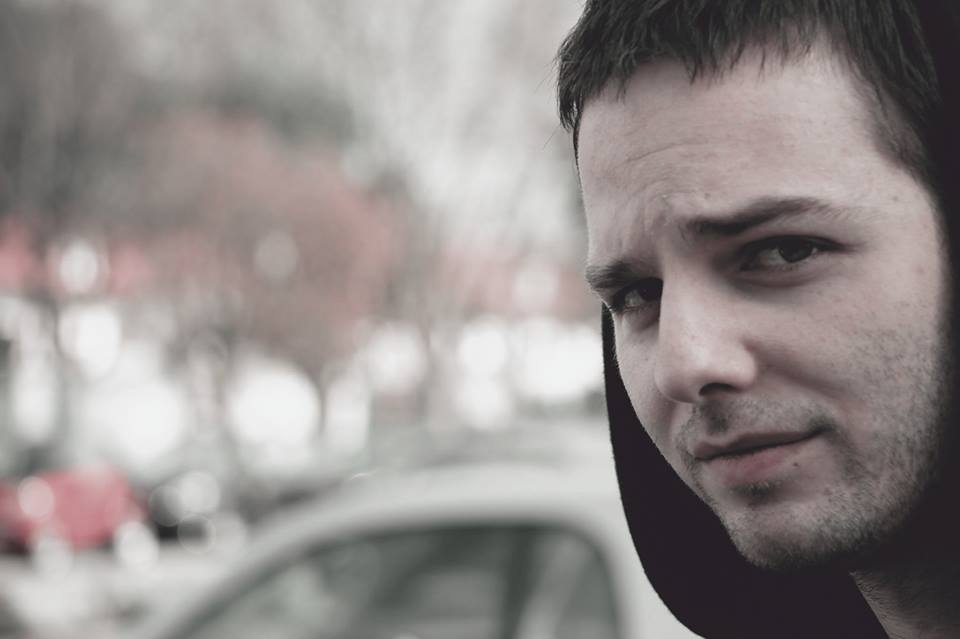 Posted on Posted on 8th November 201819th December 2019 by frictionalgames in Blog, Life at Frictional, People of Frictional

Hi. My name is Miguel Nogueira and I am a concept artist and designer at Frictional Games. My job is to create art for concepts that we might or might not add to the game. The point of concept art and design is planting creative seeds in others through the means of art, to spark debate on the suggestions, and to bring the concepts to life from sketch to product.

I love horror and fiction, so when the opportunity to join Frictional as a freelancer game in August of 2017, I was too flattered to say anything but yes. And in October of 2018, I joined the company as a full member.

As a video games maker, I naturally played a lot of games when I was younger – almost to an unhealthy point. As a 7-year-old kid, this box that I could play on without going outside, or without touching physical toys, was like black magic or voodoo to me. The first game I played was the very first Wolfenstein 3D, released back in 1992.

I wanted to reverse engineer the game. While trying to do so, I broke the computer and got grounded so many times that it wasn’t even funny. Fixing a computer or operating system error was not only hard in the early 90’s, it was also expensive… But I was fascinated by it. The 7-year-old me had a plan to one day master video games.

Besides that, like any true 90’s kid, I owned many cheap consoles that ran Super Mario, Bomberman, Duck Hunt and all that other fun stuff. But they weren’t that inspirational – I thought of them as merely a hobby or a fun way to pass time. It was only when I got back into computer games that the immersion really kicked in. Eventually, I got the desire to be a part of the vanguardist front of the current game making age.

While in college, I was still playing a lot of games. I was studying graphic design and multimedia arts, so video games actually inspired me to come up with shapes, colors and designs. Around that time Dark Messiah and the Metal Gear Solid series were what glued me to the screen. There was something about Dark Messiah specifically, its environments, ambience and designs, that was so magical, but at the same time so haunting. It really drew me into the tales of primordial myth – the ones that make you ask what if?

I got into horror way late. I was just looking for ways to relax with films or, so didn’t get the hype of media that would scare me or stress me out instead. But later on, I realized that there was also good horror out there, like there is in any other genre, full of mystery that unveils slowly. And then there’s, you know, the cheap stuff.

Getting into concept art

Ever since I was that 7-year-old, a part of me had subconsciously wanted to break into the creative field of concept art. I first found out about it when I was 15, and it was thanks to DeviantArt. Back then, around 2005, the site was at its prime, and the only good place to discover and share art. All the art there was mind-blowing, but there was something about concept art that I really loved.

Then in and after college I experimented a lot with fine art, graphic design, graffiti, typography, and other design fields. But it wasn’t until I saw some robot designs by Darren Bartley and Nivanh Chanthara that I stopped and thought: “This is what I want. These people look like they’re having a lot of fun doing those. I want in.”

College itself was tricky for me. When people ask me if it helped me to get a career in games, I’m still on the fence. There was a love-hate relationship going on. On one hand, college provided me with inspirations that I will keep my whole life. It taught me about the European vanguardist artists and how their approach changed the art world, about the importance of the industrial revolution in arts and crafts. I learned about how public installation artists draw attention to their work, and so on. There were classes on graffiti and expression, typography, fine art… and those lessons are priceless. They were a nudge in the right direction. Without someone to teach me about them, I would not have found out about these topics for years.

On the other hand, to get any jobs, I had to lock myself in a room and put hours upon hours into practicing art. It’s something you just have to do to get to the next level of art, and it’s something college just doesn’t quite nurture.

So I cannot give a definitive answer on college. I was either fascinated by the subjects presented at classes or hated myself for being there instead of sitting at home and practicing drawing.

After college, I took a year off to work on and perfect my craft: drawing, painting, designing… After that I took on whatever freelance job I could find, then found work at indie studios, and gradually ended up at more known studios. This was a turning point in my career, because I realized I was playing in the big league now. One day you’re someone’s groupie and the next day you’re working with them.

Every time I connect with a studio or professional I’ve respected for a long time, my energy meter is filled for a long time. I feel the burst of stamina and will to work out of nowhere, like an energy blast. It’s my muse, really. It is the reason I’m fortunate to say that every day may turn out better than yesterday.

And then one day Frictional contacted me because of an email I had sent a long time ago, saying they wanted me for a work test. I passed, and so the journey in Secret Project #1 began. I didn’t know it yet, but it was about to be a wild ride!

My life at Frictional

I started at Frictional as a full-time concept artist. All the briefings were cool, interesting and creatively demanding. Working full-time meant I could work on what I liked all day. There was never a day where I thought gee, I wish I could work on something else instead. Soon I was working on props for pretty much all the levels on the project, then moved to characters, then environments – and now I do pretty much anything that comes my way.

When it comes to my work, I try to bring my sense of graphic design into the aesthetics and my experiences into storytelling. I also like to think in analogies, metaphors and jokes, which I like to sneak into the designs. I feel like every concept has capacity to be something more than just itself or what it looks like at first glance. So I try to add some substance, work on aspects of what the concepts stand for, and make sure they’re not too literal or easy.

Besides that, I love studying and getting all into different subjects, as there is more chance of finding valuable things the deeper you dive. I draw diagrams, study anomalies of human DNA that can be used in monster designs, consume culture and subculture, capture accidents to use in a different context, experiment and drift, love my experiments as I would an ugly child, delay criticism and judgement.

I do a lot of work where I’m focused on details and injecting story elements into the props, environments and other bits of the world. While working, I have recalled some of my memories related to Dark Messiah. In the game there was a statue in a haunted necropolis that you could choose to interact with. It read something like: “Here likes cursed so and so. For his crimes against the king, let his torment be eternal.” It is a really trivial detail and I am probably among the 1% of players that noticed it, but it just added a lot of believability to the world.

A lot of these romantic ideas and memories I have about games are blurry at best and inaccurate at worst. But they are something I gravitate towards when making my art. I study what other games have done well, find out why these things work, then adapt the formula to my own work.

I could go on about my favorite comics, films and games. But to be honest, every time I pick up a new book, game or film, there is a possibility that it will leave me with a long-lasting memory. And for me, that is very exciting.

Like most people at Frictional, I work from home – and in my case it happens to be the sunny Porto in Portugal. Here I have my work sanctuary, aka my office, where all the art making process happens.

My desk and setup are something I’m proud of. It’s just tech, but because I built it myself, there’s another level of affection I have for the tools. It must be a nerdy thing. Besides the obvious hardware my setup sometimes has a book or a magazine on graphic design, a ball or a fidget spinner to play with while I’m analyzing references or trying to focus mid-brainstorming. Simply reading a couple of paragraphs between drawings or throwing the ball at a wall for a few minutes is enough to get all the parts of my brain working again.

Which leads me to my last point: I want to close this with advice to aspiring video game artists. Sometimes us industry people are too serious and forget to have fun. We forget we’re making games. A lot of times artists tend to copy what is popular in the industry, which is fine, but there is also a whole world out there to get influence from. Following in line with the entertainment industry will only get you so far. I find that the art that I actually stop to look at for more than three seconds is the kind of art where the artist is communicating something unique to them, something only they can say – not a copy of a copy of a copy.

The bandwidth of the world is much broader than what you can get through your internet connection or TV set. Get some inspiration from unlikely places: graffiti, typography, furniture design and fashion, nature, travel… Everything has the power to amplify what knowledge you already have and show you entirely new avenues of exploration.

That’s it! Thanks for reading!

If you’re interested in following my work, you can find me here: