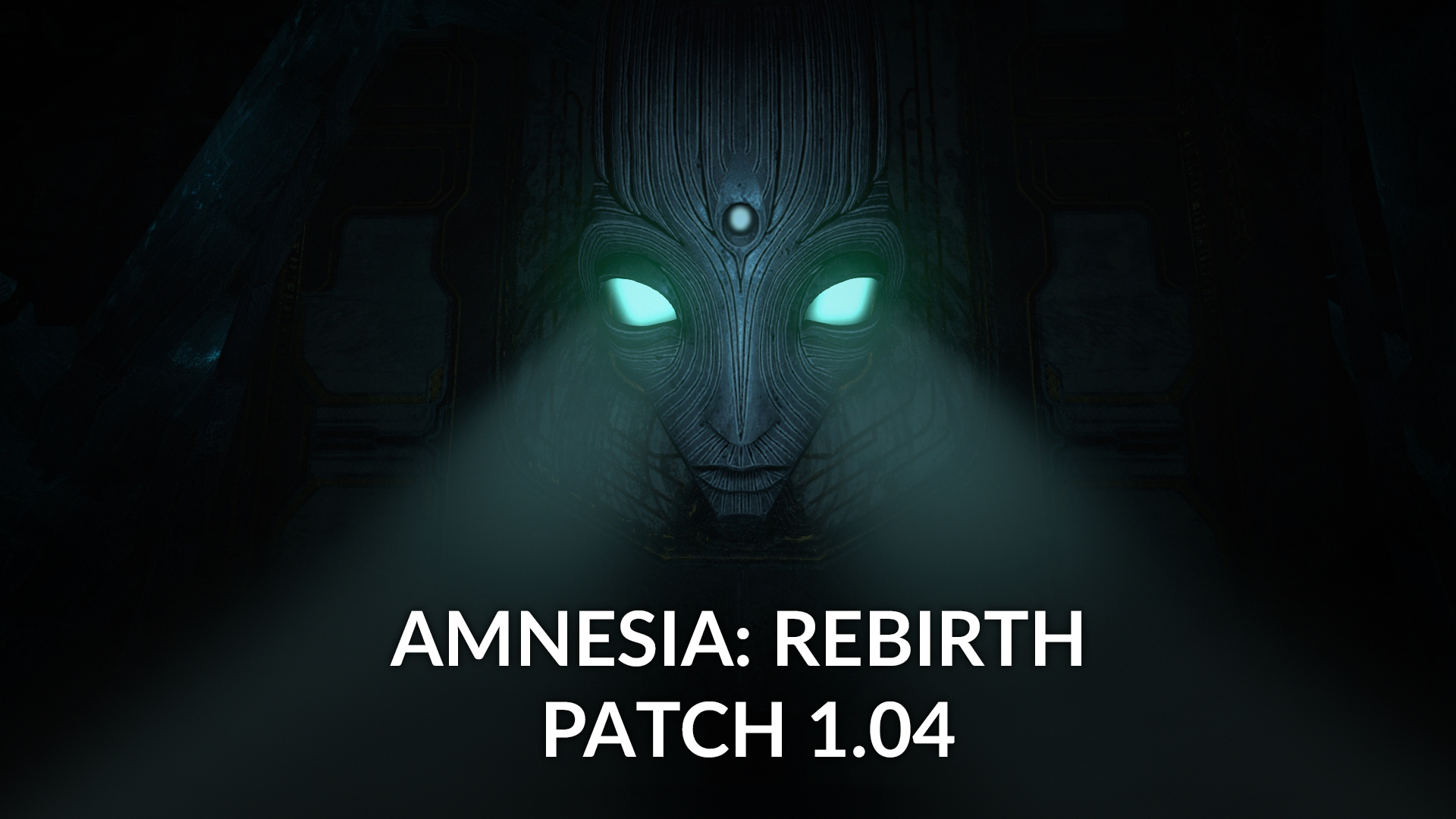 We have just released a new patch for Amnesia: Rebirth, containing a few improvements worth pointing out.

The change that will most likely have the biggest effect on the experience is the “toning down” of the “fear flashes”. These flashes were never really meant to be “scares” in themselves but their main purpose is instead to clearly signal to the player that their fear is reaching critical levels. Sometimes it’s difficult for us as developers to fully compute how these things will affect the overall experience and it’s not until you start seeing them in gameplay sessions (by youtubers and streamers) and hearing about them in feedback from players, that you realize that you’ve taken them a bit too far.

We have therefore now toned down the audio and visuals of these flashes as well as tweaked how and when they appear a bit. They are still an important aspect of the game and serve a purpose, but will hopefully strike a better balance from now on.

Fixes and improvements contained within this patch are:

We are also working on an upcoming patch in which focus will be lying on things like:

Depending on your platform these are the versions and build IDs you should be looking for if you want to verify that you’re on the latest patch:

If you encounter bugs or problems, please reach out to us on our support platform here: https://frictionalgames.zendesk.com/hc/en-us