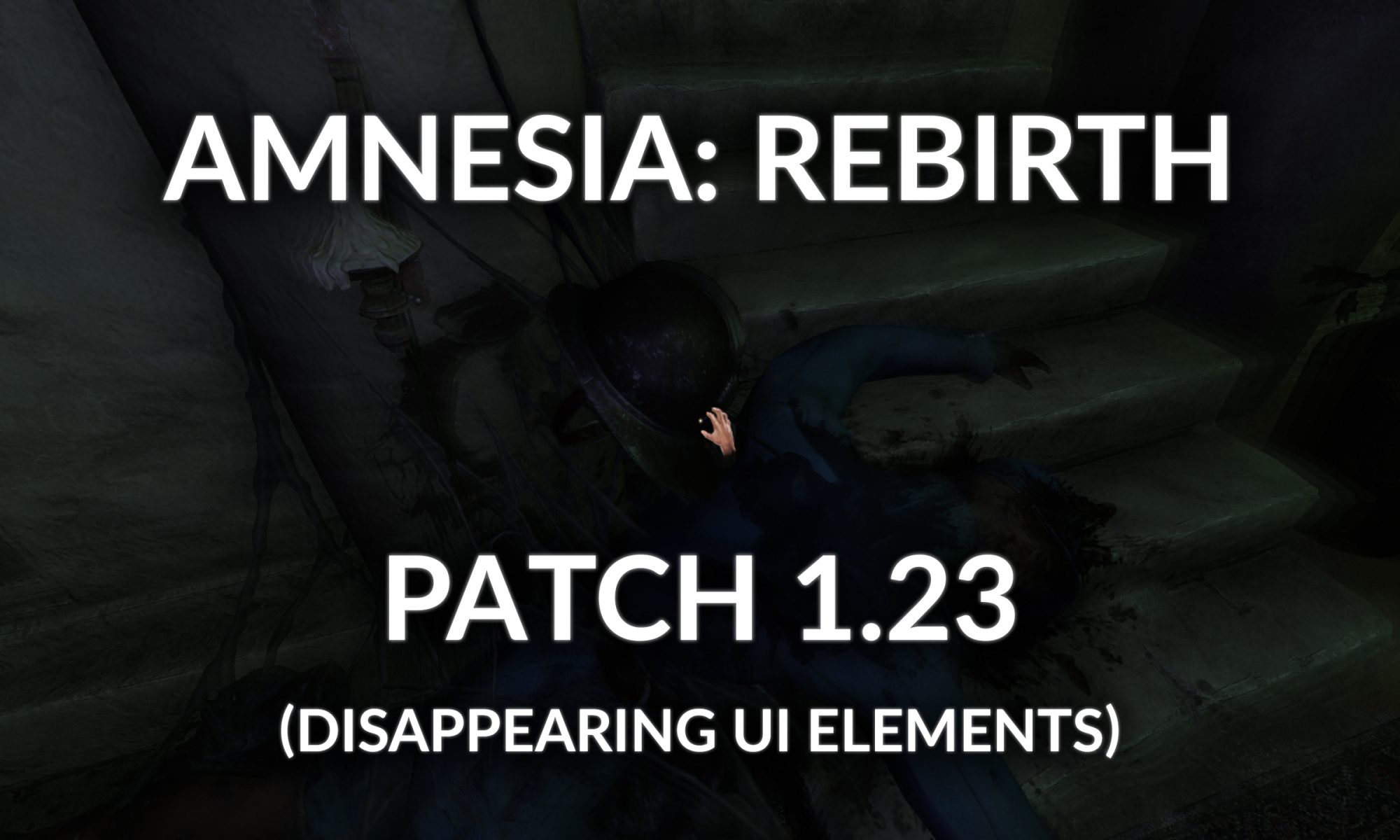 When we released Amnesia: Rebirth in October we were quite happy to see that very few major bugs got reported. At Frictional we have tried to adopt a “zero defect policy” throughout the development of Rebirth, which basically means that defects and bugs should be fixed as soon as they pop up, and that approach seems to have paid off.

However, during the first few weeks of this year we started seeing an influx of reports surrounding a new specific type of bug. It seemed text, crosshair, interaction icons and menu art started disappearing a bit randomly, while people were playing the game. As you can imagine, this took us a bit by surprise and since we couldn’t reproduce this thing ourselves we felt quite powerless as to how we could do something about this.

Luckily, a few weeks back, I actually experienced the same issue myself on my PC. This finally gave us something to work with and we eventually managed to trace this bug back to a Windows 10 patch that was released late last year. It seemed that in certain cases the GPU was reading data before the CPU had finished writing it, causing UI elements to randomly disappear.

With the help of our friends at Nvidia we managed to find a way to fix this issue and after having had this tested out on our BETA branch on Steam (thanks everyone for helping out with the tests!), we now feel confident that the problem has been solved.

The new patch has already gone live on Steam, Epic Game store and GOG and we really hope we’ve seen the last of this issue now!

The build IDs on the different platforms are:

If you encounter bugs or problems, please reach out to us on our support platform here: https://frictionalgames.zendesk.com/hc/en-us