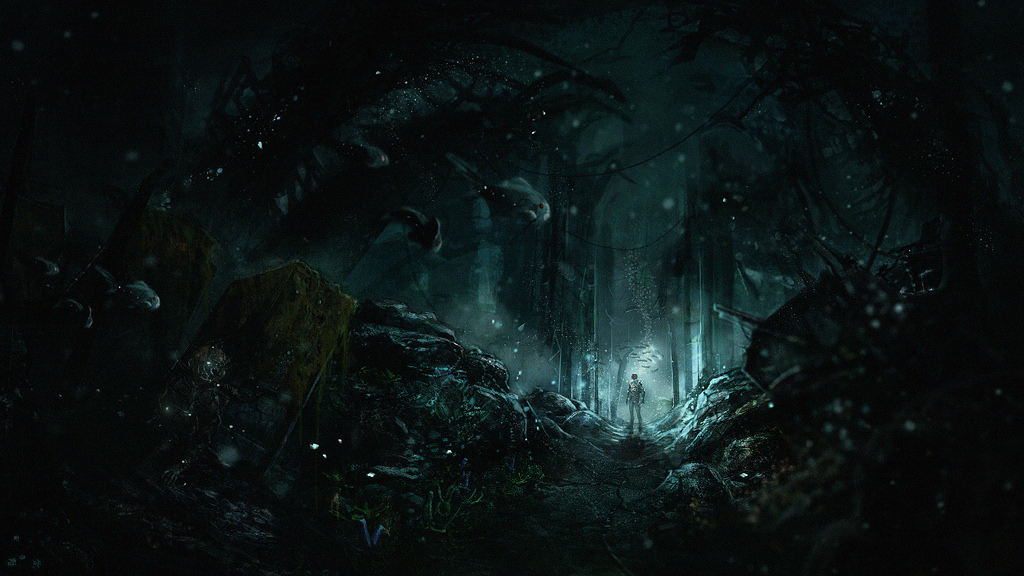 It’s over two years since we released SOMA, so it’s time for another update on how things have been going.

First of all, let’s talk about sales. As I’ve said many times before, sales are not straightforward to count, and the number you come up with is reliant on many different factors. For instance, SOMA was part of the Humble Monthly Bundle, which meant that everybody subscribing to that service was able to download a copy of SOMA. These are not really “sales”, so should we count them? It’s also worth noting that pricing differs a lot between different sales. A single unit sold at full price means more than one sold when the game is 75% off. I think it’s important to think about these things, and remember you can’t directly compare the sales of two games.

With all that said, what I’m going to do here is to basically take every single download of the game as a sale. Doing so gives us a total of 650 000 units, a 200 000 units increase since the the same time last year. This is a very good result.

It’s interesting to compare how sales have changed across the two years for SOMA. The normal day-to-day income, when there are no discounts or anything, is 33% of what it was the same time last year. However, when the game is at a discount (such as a Steam summer sale), the generated income is about 75% of what similar events generated last year. This means that discount events are extra important this year.

Taken as a whole, the sales that we make from all our games will cover all our expenses every month, and even make us a profit. This is quite amazing. Given that we currently have about 16 people working with us full time, we have a pretty high burn rate, and to still be able to support all that on your ongoing sales is great.

This means that we still have a good buffer from our launch sales. While it will by no means last forever, it gives us peace of mind and lets us take the time we need. While we’ll continue to generate income next year too, I’m not so sure it’ll be enough to cover all our costs. This is when that initial buffer comes in handy, and will let us continue working on our projects without any monetary worries. To put things in perspective, it is worth noting that most companies start using up their buffer just a few months after release, so we are in no ways in a dire situation right now – quite the opposite!

However, this also makes it very clear that we need to be able to release games at a more regular rate. We were lucky that SOMA was a hit, and that the money is easily able to sustain us for the time we need to complete our next project. Had SOMA been a flop, the situation would have been a lot worse now. That’s why we are focusing on becoming a two project studio, and the goal is to be able to release a game every two years. Had we managed to set that up prior to SOMA, we would be in the process of releasing a game right now. Needless to say, it would makes us a lot more financially stable, and able to handle a less successful release. In turn this should allow us to take greater risks, which I think is a key element in being able to create great games.

This leads me to another thing that’s been on my mind. A few months back someone asked me: “How do you get people to buy your game?”. This is a fairly basic question, but it really made me think. When it comes to sales made during launch, the answer feels quite self-evident. We generate a lot of buzz, there are reviews, let’s plays and so on. There are a number of fairly obvious ways that people learn about our game.

But what about the customers that buy our game two years after release – why do they do it? That’s a much harder question. I think most of this is via word-of-mouth recommendation. When the right circumstances arise (e.g.: “I feel like playing a game tonight”) and when external influence (e.g.: “your friends said they liked our game”) is strong enough, that’s when a sale happens. I know that Steam and other stores have some forms of discovery tools, but I don’t think they play a major factor. What really matters is not a single source, but the slow build-up of good will around a game – eventually this will make a player consider buying it. Discovery tools, such as “you might also like”-adverts, surely help, but they are just part of a much larger process [1].

Because of this, and considering the sheer number of games that are currently being released, I think the best strategy is to focus on unique experiences. You want to create the type of experience that is not only hard to get elsewhere, but also leaves a mark on those who play it. This is now a core philosophy here at Frictional. I guess we sort of always had it unconsciously, but we have now made it official. Our goal is to create games that are more than forgettable escapism. We want people to come out of their experiences feeling changed. A lofty goal? You bet. While it’ll be impossible to make sure every single player has this type of experience, it feels like the perfect thing to strive for.

Now I will round of this post with a brief discussion on the status of our current projects.

The first project is in full production, and about 80% of the team is currently working on it. The focus for most of this year has been on creating the first few maps of the game to create a solid vertical slice based on our experiments last year. However, we recently came up with some new avenues that we wanted to explore. The stuff that has come out of this recent detour is feeling really great and I am certain it’ll make the game feel very special. All of this came out of what I just discussed: our focus on making games that leaves a mark on the player. I’m not sure we would have gone down this route if we hadn’t explicitly stated that goal, which makes me confident it’s a really good way of thinking. I’m afraid I can’t go into any details on this, other than to say that the project will be horrific in nature. There will be no release this year, but we hope to announce something during the first six months of next year.

As for the other project, that’s also going well. We’ve been a bit delayed due to new tech taking longer than anticipated to develop [2]. The upside of that has been that the game has had  more time in pre-production than any of our previous games. This has been incredibly valuable, as the things we aim to tackle in this game are quite difficult, and allowing it all to brew for a bit has meant many of the basic aspects are clearer for us. This game will be less about direct, visceral horror, and more about the player gaining an understanding of different concepts. This can, as we know from working on SOMA, be quite tricky to get right and requires a slightly different approach than when working on a more direct horror game. Release for this game is quite far off though, so don’t expect to hear any concrete details in the near future.

That’s it for this update. I’m incredibly excited about the things that we have planned, and I’m very eager to give you all more updates. I also want to thank everybody for the support over the years, and rest assured that while we might not reply to every single mail, tweet, etc. that you send us, we make sure to read every single one!

1) For games that are heavily based around online communities, such as a Rocket League, I think things work slightly differently. There is still a word-of-mouth zeitgeist going on, but a lot of it comes from your game become a habit for your players, something that they participate in on a daily basis. This forms a feedback loop that helps drives new buyers, which I think is quite different from how our games work.

2) We are currently working on the fourth iteration of our HPL engine for this game, and due to some of the things we need to be able to do for the game, we’ve been required to make some major adjustments. These things take time, but luckily we have most of it done now.